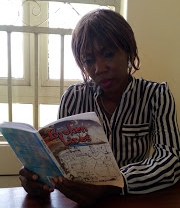 She stated this during a reading session organized by Reflector Books with some female students in her office in Yenagoa.

According to her, no woman should stay comfortably in a home where her dowry has not been paid.

Citing example from the play ‘Broken Lines’ written by Victor Oroyi, the FIDA Chairperson lamented the sufferings of Women.

The FIDA Chairperson explained that Cohabitation is not good adding that it is evil, many children are suffering today because their parents are separated.

She noted it is a play that shows the ills of hatred, unforgiveness betrayal as well as its resultant effect which is negative and irreversible.

Dise explained that words expressed are difficult to take back or swallow and its effect and repercussions could be devastating as in the case of Nne in the play.

‘See the curse and effect taken by both sisters that led to the death of Bipiamina in the play’.

She admonition the students to learn how forgive offences.

She commended the writer of the play, Broken Lines for doing a good job. The play is the mirror of society and encourage everybody to read the book.

Broken Lines is play that talks about issues from the home to government, how a woman took revenge with the life of niece, it was published in 2015.

The students read from different movements in the play and asked questions on the various issues raised.