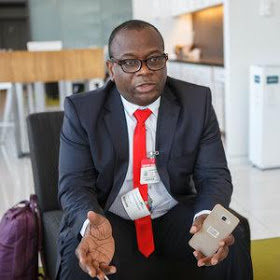 Anti-Trafficking activists were recently honoured in Washington, D.C. at an event marking the release of the State Department’s 2016 Trafficking in Persons report.

The U.S. State Department’s Anti-Trafficking Heroes came from very different corners of the world: Nigeria, Cyprus, Pakistan, Russia, Senegal and they all carry same thing in their pocket or purse: photos of the victims they had rescued from human trafficking, stored in their mobile phones.

Goats and Soda spoke to some of the honorees at NPR’s headquarters, including a Nigerian activist Oluremi Kehinde, who each shared a story about a trafficked victim they have rescued. They ‘ve been asked not to give the full names of the trafficking victims to protect their identities.

Oluremi Kehinde works with Africans who have been trafficked for sex work in Russia. He shared a photo of an 18-year-old Nigerian girl brought to Russia with what she thought was a student visa, then forced into prostitution.(pictured showing a photo of the Nigerian teen forced to work as a prostitute in Russia. She was hospitalized because of internal injuries) Below is his stunning story: 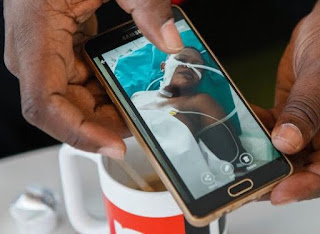 “Victims brought for prostitution have their passports taken away from them. She would have to work to pay up the $50,000 to $60,000 [to her captors] before she could earn back her freedom. This girl only paid $15,000, so she was locked up in an apartment where she had to serve customers. Many victims are threatened that if they run away, their family in Nigeria would have to pay up — or be harmed.

I found out about this case and I got the police involved. We got her out of there and into the hospital for surgery. She was crying, “I don’t want to die, I don’t want to die.”
Four weeks ago, we returned her to Nigeria and [we are now] working to arrest the people who brought her to Russia. She is better now, with her parents.