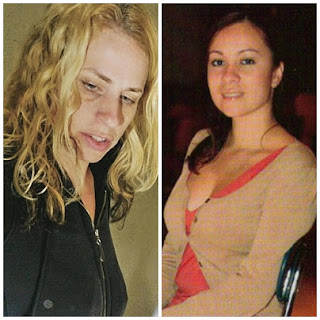 ‘Unfortunate our school environment is no longer safe learning but dangerous for the upcoming because it is been abused everyday’
Two women teachers caught in a half-naked clinch in a darkened classroom were not bad role models, a judge said.

A
handyman found married Alini Brito, 30, topless on the floor with Cindy
Mauro, 34, kneeling between her legs at a school nicknamed Horndog
High.

Brito later claimed she had collapsed with a diabetic attack and was being given sugar to boost her glucose levels.

Spanish tutor Brito was suspended for a year by the New York school and French teacher Mauro for two years.

But a judge has dismissed a ruling that Mauro “failed as a role model” and cut her suspension to a year.

The judge said: “The activities, sexual in nature, between two consenting adults involved no students.”

The
teachers were caught in the steamy tryst after sneaking off from a
student singing competition in another part of the school.

Oliseh Opens Up How He Nearly Died Coaching Super Eagle