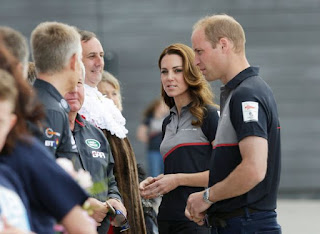 Mirror reports of the Visit of Duke of Cambridge.
Prince William has revealed his son Prince George was “far too spoilt” on his third birthday during a visit to Sir Ben Ainslie’s America’s Cup headquarters in Portsmouth.

The Duke of Cambridge was joined by his wife Kate Middleton as they cheered on Sir Ben’s Land Rover BAR team as they compete on the Solent in the America’s Cup World Series (ACWS), along with thousands of spectators. 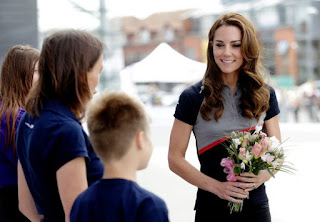 The royal couple began the day by visiting the home crew’s base in Portsmouth, Hampshire, where they were shown the team’s state-of-the-art testing boats.

They were met by a group of youngsters who had been out with the team ahead of the racing through The 1851 Trust, the Land Rover BAR affiliated charity of which Kate is the royal patron. Continue
Mirror

Queens and Sexual harassment: I hate to be stigmatised