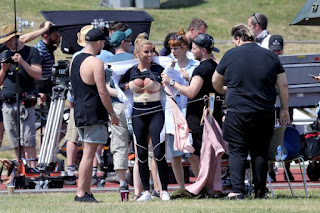 Change they say is one constant thing. So people keep changing. Like Katie, she has changed a lot.
Perky Katie Price revealed she results of the EIGHTH boob job as she filmed a new advert.

The star, who built her empire on the back of her surgically-enhanced chest, flashed her cleavage as she got changed in between takes. 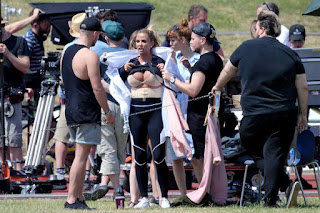 Mum-of-four Katie looked thrilled with her much smaller bust and grinned as she chatted to production crew for the new Camelot advert in Lee Valley, Essex.

Katie once boasted a 34FF chest but returned to her natural bust size in 2015 – the first time in 16 years.

She underwent breast augmentation surgery for the first time in 1998 and had six more operations, with the last set of implants shrinking her 32DD bust by several sizes before they were taken out.

At the time she said: “For the first time in 20 years when I walk in a room people don’t look at my boobs, they look at my face.” 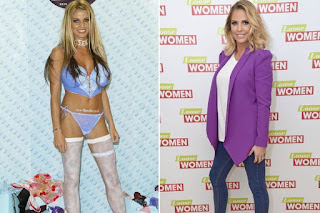 But during her stint in last year’s Celebrity Big Brother her implants became infected, with a doctor on standby 24/7. Well if you must ask me, I will say. She is entitled to her opinion and whatever