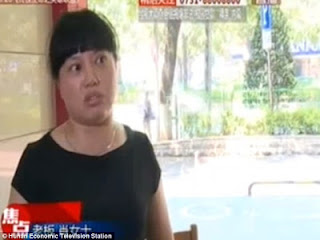 When you serve meal to guest you are expected to taste such meal, as culture may demand. In this case it is Restaurant and a bad meal.
A customer who ordered fried noodles from a restaurant in Changsha, Hunan province, China on July 25th, forced the restaurant’s owner to eat a cockroach he said he found in his food.
After the customer found the supposed cockroach, he told the restaurant owner to either eat the cockroach or pay him 5,000 yuan (£569).
The owner ate the cockroach instead. But the customer wasn’t a man of his word, as he kept demanding money from the owner, adding that he needed to be compensated financially for the bad experience he had, but the owner refused to give in to the customer’s demands. 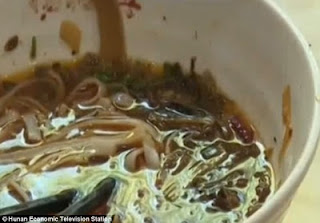 According to the owner and other customers, the restaurant had been running for 11 years and had never encountered problems like this.

Some workers at the restaurant claimed that they thought they were being blackmailed by the customer. One worker even fought tears while she talked to reporters who came to interview them, saying she was upset that her boss had been forced to eat the insect.

After the incident, o n July 26, the Food and Drug Administration visited the restaurant for an inspection and discovered that the restaurant was using outdated equipment and did not have the necessary means to rid the establishment of flies or rats.

The FDA then ordered the restaurant to close for five days so that they could make the necessary changes.
Read This: This is Crazy! See the Restaurant that serves meal in the Toilet

The Crowning Of A King - Daily Manna Devotional by Pastor W.F Kumuyi