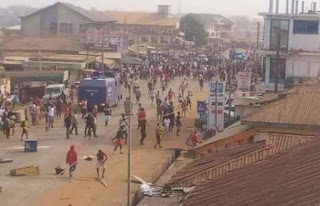 Sometimes, one may think that the religion we practice is barbaric and senseless. I guess this is one Nigeria we claim to be and peace we also claim to have. This is absolutely out of order. A group of Muslim youths, on Friday attacked St. Philips Catholic Parish, Baki Iku, very close to Zuma Rock in Niger State. According to eyewitnesses, some Catholics had gone to the church to pray and were attacked by the Muslims who claimed that Friday is their day of prayer and that the Church only has right to worship on Sundays. 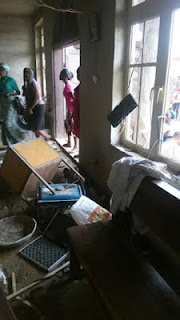 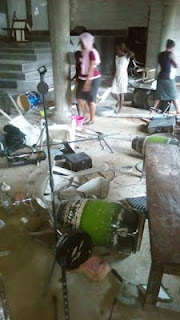 Information gathered from eyewitnesses said, they were destroying the Church properties: the doors and the windows. Some soldiers managed to get there later but a lot of harms have been done to the building, while the Christians ran away in different directions to avoid being killed. It should be recalled that Alhaji Kabiru Sokoto had on Christmas day four years ago (December 25 20111) detonated a bomb that killed over 200 Catholics and passersby at St. Theresa Catholic Church, Madalla, close to St. Philips that was destroyed. Rev Fr. Luka Sylvester Gopep, the Vicar-General of the Diocese confirmed the incident.

He said, “Sometime around 2pm, some Muslim youths in their hundreds left their Mosque after their Friday Jumat prayer and rushed to the Church premises, climbed the wall and destroyed everything in the Church: the windows, the alter, musical instruments, the chapel. “The security man in the church premises was beaten to pulp. Some women who were holding a prayer meeting were chased away. The seminarian who is resident in the premises was also beaten up and chased away.” Just last week, Mrs Eunice Olawale Elisha, a mobile preacher of the Redeemed Christian Church of God (RCCG) was killed by some fanatical Muslims in Kubwa, FCT.

Gov. Fayose: The EFCC and its spin doctors can continue to cook up stories