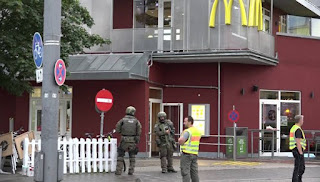 This is shocking revelation I guess. It is something amazing, how a teen trick victims to their death for free meal.
Here is what Mirror report, the crazed killer who murdered at least nine people in a chilling massacre may have lured people to their deaths with a fake Facebook post offering free meals.

Police said they were examining a “game” on the social network that asked people to be at the branch of the fast food chain where Friday’s murderous rampage began in order to get free food.

The chilling detail was revealed in a press conference in the wake of the attack which left 10 people – including the 18-year-old Iranian-German gunman – dead. 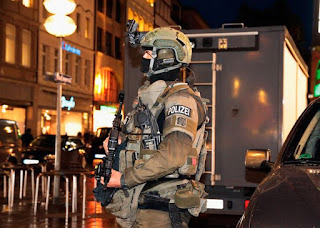 When opening up the conference to questions, one reported asked: “On Facebook there is a type game whereby at 4 o’clock in the afternoon you should be meeting in McDonald’s because something … I believe this is a fake game where people are asked to congregate at McDonald’s because McDonald’s might be offering free meals.” This is crazy and unimaginable.
Mirror