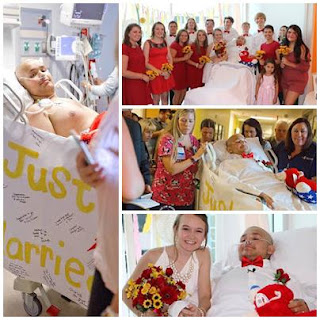 When 18 years old  Swift Myers, who’s battling bone cancer, woke up after almost 11 days in an induced coma, he knew exactly what he wanted to do next: marry his girlfriend of almost two years, Abbi and he didn’t have to think twice about it.

“I was never kidding,” Swift told the Tulsa World. “I knew we were always going to get married.”
Swift has been battling  Ewing’s sarcoma cancer for the past 7 years and has beaten it six times. However, it came back for a seventh time, sending Swift to the intensive care unit at Saint Francis Children’s Hospital.
“I thought he was joking at first,” Abbi told The Huffington Post of the proposal. “He’s always joked about it in the past. And the then he said ‘I’m being serious.” 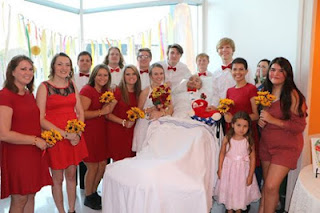 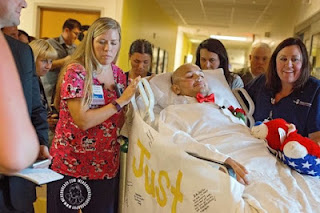 Swift asked Abbi’s father for her hand in marriage on July 22. Two days later, the eighteen-year-old high school graduates wed in the intensive care unit at The Children’s Hospital at Saint Francis in Tulsa, Oklahoma in front of family and friends 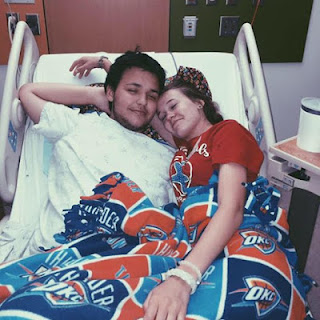 Friends say Swift’s girlfriend now wife, Abbi Ruicker, does not leave his side and he wanted to keep it that way. According to the Tulsa World, Swift proposed to Abbi and they immediately started making plans, including the hospital and nursing staff every step of the way
Read More from Lindaikejisblog

Oh No! Restaurant Owner Is Forced To Eat Cockroach Found In Customer's Food