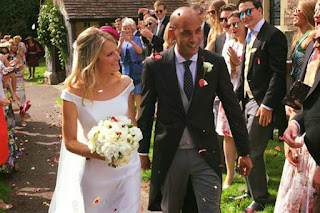 The very unforgettable moment of one’s life is when something he or she has never experienced before and when that happens it becomes the luckiest and wonderful day of  your life. It is really luckiest day for Chuka and Alice.
Labour MP Chuka Umunna has wed his 32-year-old lawyer fiancee Alice Sullivan.

The 38-year-old Streatham politician announced that the two had hitched in a six-word message on his Facebook page.
It read: “Feel like the luckiest man alive!”

Chuka announced he and Alice were engaged in the daily newspaper in October 2015, just days before revealing he planned to run for the Labour leadership. 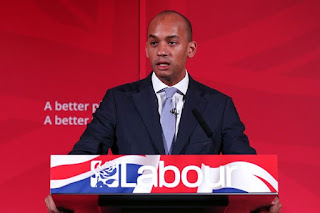 But he then surprised Westminster by pulling out of the race to succeed Ed Milliband three days later paving the way for Jeremy Corbyn to take over.

He said at the time: “Until you’re actually in the eye of the storm it’s hard to know how you and people around you will think about it. I felt terrible about it.” Continue in style
Source: Mirror, Getty, Facebook/ChukaUmunna