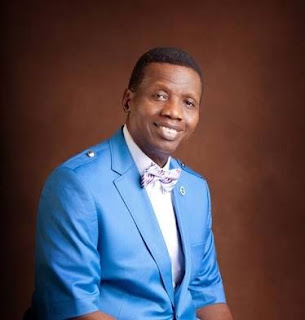 Memorise:
And having in a readiness to revenge all disobedience, when your obedience is fulfilled. – 2 Corinthians 10:6

16 Then Samuel said unto Saul, Stay, and I will tell thee what the LORD hath said to me this night. And he said unto him, Say on.

17 And Samuel said, When thou wast little in thine own sight, wast thou not made the head of the tribes of Israel, and the LORD anointed thee king over Israel?

18 And the LORD sent thee on a journey, and said, Go and utterly destroy the sinners the Amalekites, and fight against them until they be consumed.

19 Wherefore then didst thou not obey the voice of the LORD, but didst fly upon the spoil, and didst evil in the sight of the LORD?

20 And Saul said unto Samuel, Yea, I have obeyed the voice of the LORD, and have gone the way which the LORD sent me, and have brought Agag the king of Amalek, and have utterly destroyed the Amalekites.

21 But the people took of the spoil, sheep and oxen, the chief of the things which should have been utterly destroyed, to sacrifice unto the LORD thy God in Gilgal.

22 And Samuel said, Hath the LORD as great delight in burnt offerings and sacrifices, as in obeying the voice of the LORD? Behold, to obey is better than sacrifice, and to hearken than the fat of rams.

23 For rebellion is as the sin of witchcraft, and stubbornness is as iniquity and idolatry. Because thou hast rejected the word of the LORD, he hath also rejected thee from being king.

MESSAGE:
A good number of people confuse service of God’s approval or acceptance. It will be profitable for people, particularly children of God, to understand that it is one thing to engage in the service of God and it is another thing for God to accept your service. The simple message for today is – “just do it right, and God will accept you and your service”. The Bible says:

“I beseech you therefore, brethren, by the mercies of God, that ye present your bodies a living sacrifice, holy, acceptable unto God, which is your reasonable service.” – Romans 12:1

In our Bible reading today, we read of the first king in Israel who put sacrifice over and above being obedient to God and His Word. God told king Saul to go and utterly destroy the Amalekites and everything they possessed; from the king to the least of the beasts. However, Saul went, fought and won the battle, but failed to carry out God’s instruction to the letter. When he was cross-examined by Prophet Samuel, he had the effrontery to tell Samuel that he had done what God asked him to do, except the spoil of sheep and oxen which he took to use as sacrifice to the Lord. This unfortunately cost him his throne. Samuel said:

“…Hath the LORD as great delight in burnt offerings and sacrifices, as in obeying the voice of the LORD? Behold, to obey is better than sacrifice, and to hearken than the fat of rams.” -1 Samuel 15:22

There is a great lesson we should learn from the story of king Saul and the assignment he was given to fight the Amalekites. Some people seem to be more spiritual than the Holy Spirit when you consider the way they claim to know everything about the ways of God. It is not unlikely that king Saul felt it would be a waste of resources by totally destroying the material resources in Amalek. It is also not unlikely that he felt it will be an act of wickedness on the part of God to have asked him to kill the king, Agag. Beloved, there are many types of Amalekites and king Agags that God will want us to get rid of in our life. The Bible lists some things that we must do away with in Galatians 5:14-21

“19 Now the works of the flesh are manifest, which are these; Adultery, fornication, uncleanness, lasciviousness, 20 Idolatry, witchcraft, hatred, variance, emulations, wrath, strife, seditions, heresies, 21 Envyings, murders, drunkenness, revellings, and such like: of the which I tell you before, as I have also told you in time past, that they which do such things shall not inherit the kingdom of God.” – Galatians 5:19-21

Some so-called workers in the Church are still harbouring these things that we are to get rid of, yet they are ‘zealously’ working for God. It is unfortunate that their labour attracts no reward. Jesus said that on that day, they will come and say:

May this not be your portion in Jesus’ name.

Prayer Point:
Father, please help me to be obedient, and begin to do the right thing in your sight from now onward.

The most deadly places in the internet (+18)