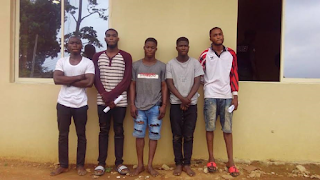 What will it profit you when you gain the whole world and end up in hell? Youths should wise up and never be carried away with fantasies.
The EFCC, Ibadan Zonal Office, has arrested five suspected undergraduate scammers, 4 from the Federal University of Technology Akure, (FUTA) and 1 from Adekunle Ajashin University, Akungba. According to EFCC, the suspects who go about with the name “Tsunnami Gang and Young Pablo Money”, are between the ages of 20 and 23. Adeleke Paul, 21, Adebiyi Tayo Abudu, 22, Akinsanmi Olusola Adeniyi 21, Ogundile Ademola James, 23 and Okali Ugochukwu, 21 were picked up at an Off-Campus residence located at Stateline Hotel Road, off FUTA South Gate, Akure, Ondo State.

They allegedly swindled unsuspecting foreigners and others to the tune of N16M recently by engaging in fraudulent activities of obtaining money by false pretences through scam mails. At the point of their arrest, EFCC operatives recovered a 2006 black Toyota Highlander, 2010 light-green Toyota Camry, laptops, three Apple iPhone 6 and three Blackberry phones from them. Some implicating documents were also found and downloaded from their laptops. They are to be arraigned in court as soon as investigation is completed.‪ More Photos below; 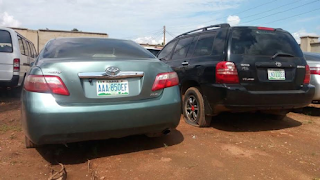 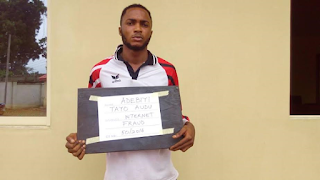 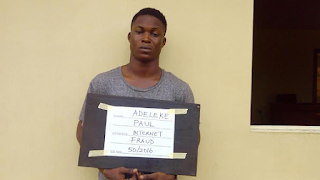 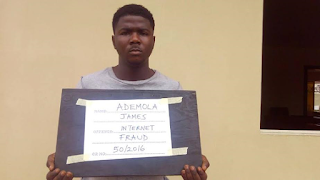 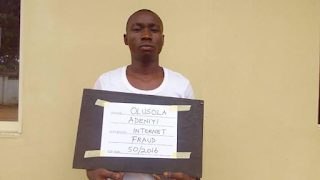 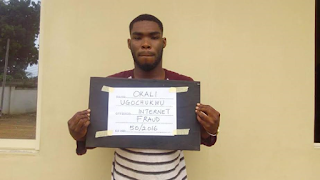