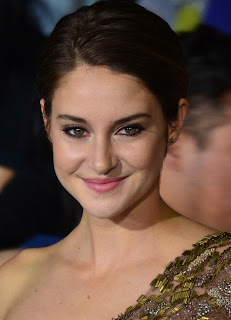 American actress Shailene Woodley best known for playing Amy Juergens on the ABC Family television series Secret Life of the American Teenager (2008–13)  has responded to the news about Ascendant heading straight to TV instead of the big screen.

The American young actress, who stars as Tris in the film franchise, spoke to Deadline about the news just after she arrived at 2016 San Diego Comic-Con.

Her words in plain!“Honestly, I was on a plane when all that happened and I landed, and I’m like ‘Whoa, what’s going on?!’” she shared. “I need to talk and find out what the details are.”

Shailene didn’t comment on if she’d return as Tris for the TV plans at all.

If you missed it, Lionsgate announced yesterday that Ascendant, the final film, would skip the big screen for a TV movie
Source: Justjared

Plan to Attend - GOD IS STILL IN CHARGE programme in Bayelsa