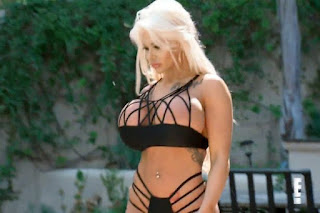 Some decisions and actions we take often times end up in regret. So, it wise for one to think twice like the songs of Celine Dion before taking an action that he or she will not regret. Now hear what Candy got to say.
British model Candy was left struggling to carry out everyday tasks after her last boob job went too far.

Candy, who features on Tuesday’s episode of Botched, revealed how her first breast implants were fairly modest but as she increased the size, the amount of money and attention she received also increased – paving the way for a lucrative career.

But, her last boob job saw her devastated and asked Dr Paul Nassif and Dr Terry Dubrow for help after Candy was left with a massive gap in her chest.

On the show, Candy explained how she went from having 420cc silicone implants to 2500cc in a short space of time. 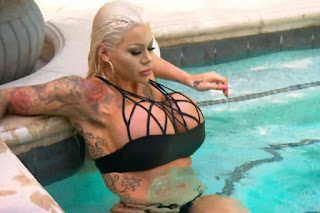 “For my first breast job I had 420cc silicone, which took me up to about a DD and I loved them, yeah they looked really good,” Candy said.

The model then had another boob job taking her up to 1200cc, but it was the next surgery that left her full of regrets.
“I would even get my little brother to take pictures,” she said.

“I realised the bigger I went, the more money I could make from them.”
“When I woke up from that surgery I instantly regretted it,” Candy said, describing how her implants were up to her collarbone.
“They were huge.”
Candy felt that she would lose some fans if she had smaller size boobs, but she couldn’t carry on with that size and weight so went to Florida for a reduction. 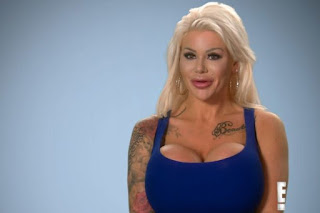 “I could only go down 700cc,” Candy revealed, explaining that this was to combat excess skin but was devastated with the size of the gaping gap on her chest and sought the Botched doctors help.

Related Topics:My Opinion
Up Next