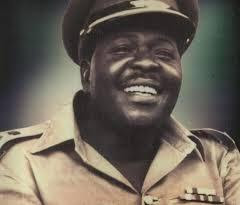 Read his piece below…
Fifty years ago today, on July 29th 1966, a man by the name of Major General Francis Adekunle Fajuyi gave his life in defence of our country and the then Head of State, General Johnson Thomas Aguiyi-Ironsi. His killers were a group of northern army officers who participated in the so-called northern “revenge coup” of July 29th 1966. No less than 300 Igbo army officers were slaughtered that night together with a handful of yoruba soldiers, including Fajuyi.
Major General Fajuyi was a yoruba man who opted to die in defence of an igbo Head of State. This was not only honorable and courageous but it was also unique and unprecedented. He was a selfless hero and a man that we shall honor and immortalise in the new Nigeria that is to come.

Those that murdered him, General Aguiyi-Ironsi and the famous 300 in cold blood that night are still running the affairs of our country till today. They determine who is who and who gets what. They decide who our President will be and how long he will remain in power. As a matter of fact their hateful hegemony and evil intentions are even more pronounced and frightful today than they were in 1966 and their grip on the levers of power in our country is even stronger.

Today they are fully in charge and some of those that actually shot Fajuyi are fully behind them. Yet despite their intention to dominate, silence, break and destroy the rest of us one thing remains clear: the Fajuyi spirit of courage, unity, selflesness and sacrifice has been imbued by millions in the southern and Middle Belt regions of our country.

Like him, if necessary, we must be ready to sacrifice our lives and liberty in defence of any or all of our southern and Middle Belt bretheren that are facing persecution, genocide and injustice at the hands of our collective slave masters. It is also time for us to appreciate the fact that if we truly want to be free we must extend our hand of friendship across the River Niger to the Igbo and we must see their bitter travails as being ours as well.

We must acknowledge the fact that Nigeria cannot remain one as long as there is ethnic and religious bigotry, oppression and injustice. We must appreciate the fact that there can never be southern, or indeed Middle Belt, emancipation without southern unity. Fajuyi understood that point 50 years ago. Consequently he opted to resist the evil in the and and die for it. He was indeed a true martyr. He paid the supreme price for his fellow southerner and he stood against northern adventurism, oppression, domination and hegemony. 50 years later it is time for the rest of us to do the same.

It is time for us to acknowledge and honor his sacrifice and come together as one. It is time for us to stand up, look at our collective oppressors in the eye and say “no more”. No longer should we bow our heads in submission, servility and shame. It is time for us to rise up, invoke the power of the Living God and be men. May the gallant and beautiful soul of Major General Fajuyi continue to rest in eternal peace and may those that murdered him 50 years ago be brought to justice.

Question! What Does Sexting Say About Your Relationship?