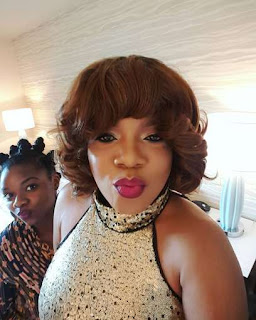 Things appeared promising, as donations came in to support the invalid, who was admitted at the Lagos University Teaching Hospital (LUTH).
Unfortunately, unconfirmed stories started making the news rounds, accusing Aimahku of being part of an organised fraud.
The actress in an Instagram comment posted on Friday, July 29, 2016, has denied the accusation.
She wrote,  “In view of the recent happenings around Mayowa Ahmed’s ill health and the many allegations of fraud surrounding the funds raised, it has become imperative that I come clean by stating my side of the story and by implications, set the record straight. 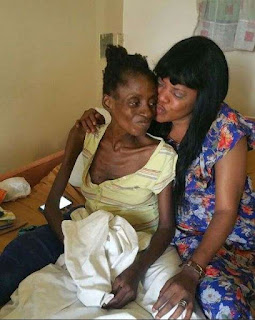 “When I got wind of Mayowa’s sickness, I was moved to tears and immediately sought to know how I could help, hence my on-the-spot video which went viral as my genuine intervention.
“Indeed, I was overwhelmed by the quick response of well-meaning Nigerians to whom I will forever owe a debt of gratitude. But all this changed yesterday, Thursday 28th, July, when I went to the hospital in the morning to check as well as follow up on Mayowa. Her brother had told everyone to leave them alone because they wanted privacy. Although I was shocked at the sudden change in attitude, especially the tone of communication, I still did not suspect anything was amiss.
Continue with the story on pulse.ng

Shocking! Man Grows Breast After Having Sex With A Married Woman (Photos)