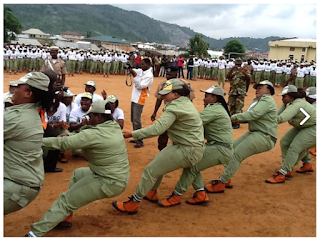 This is absolute disgrace and self-devastating if the story is truly true. A Youth Service Corps member named, Bonaventure Okeke, has been arraigned in a Gudu Upper Area Court, Abuja for allegedly committing adultery. Okeke of Jahi 2 Market area of Abuja, was on Monday docked on a one-count charge of committing adultery with one Anozie Chinenye.

Politics: Dino Melaye tells Tinubu's Wife - I have moved on from you